Year three had a ‘Stone Age Day’ – the children came in dressed in Stone Age clothes. To begin the day children became archaeologists, they dug through sand carefully using tools to discover artefacts of the Stone Age times. They then, as a group, discussed what relevance they thought these items had to Stone Age life.

Next the children learnt about how stone age people communicated and expressed themselves using cave art, they looked at examples of cave art and then entered the classroom caves and drew their own!

After this Year 3 focused on the stone age diet, first they looked at how the stone age people hunted and their weapons, they then went outside and created their own stone age tools!

They then looked at how food was found and became hunter-gatherers! They hunted animals and gathered berries and plants from the nature area. After gathering the berries the children then added them to a bowl with honey, this was then warmed and created ‘stewed fruit’ a pudding that the Stone Age people would have eaten. The children enjoyed trying this! Finally the children looked at Stone Age clothes, they then designed and made their own pair of Stone Age trousers! 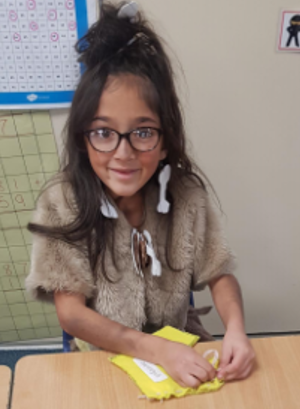 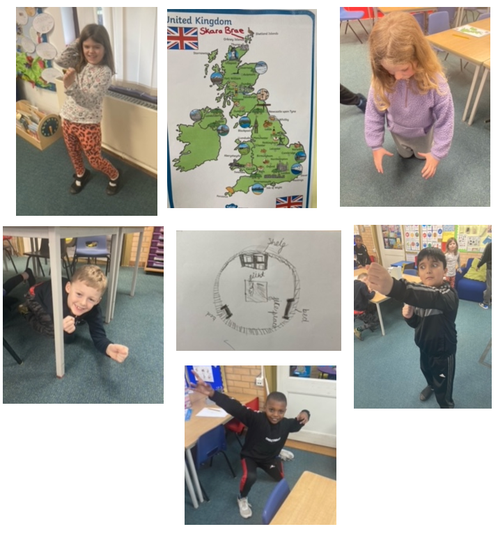 We have looked at the changes in the way people lived from the Mesolithic to the Neolithic period. We watched two animation programmes which explored this.

Using our knowledge from previous work we have carried out in History on Skara Brae we were able to locate Skara Brae on a map and its position in history on a timeline. We then acted out a scene as villagers in Skara Brae. We chose activities which they would have been involved in and Miss Jones took pictures of these for our holiday brochure.  We then had a go at drawing a labelled diagram of the settlement and the interior of one of the homes.  We also explored an interactive map of Skara Brae. 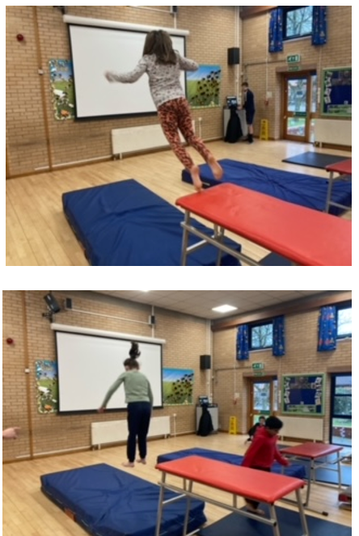 During PE we have been doing gymnastics, the children have been learning to complete jumps and rolls safely. 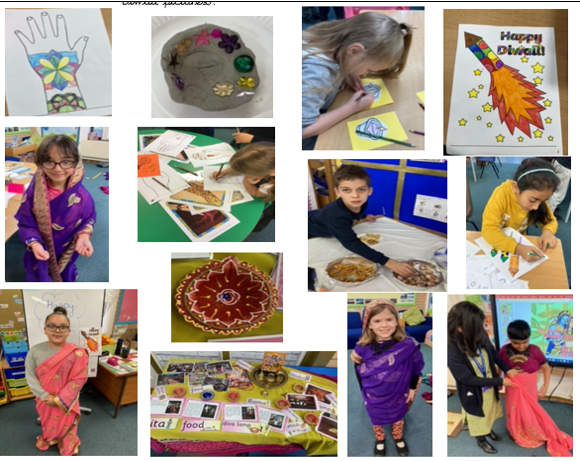 Year 3 have learnt about Diwali – ‘The Festival of Light’. We talked about some of the ways in which Hindus celebrate this festival such as creating Rangoli patterns, decorating their hands with Mehndi, making diva lamps, eating a special meal with family and exchanging gifts.

We had the opportunity to take part in many different activities this afternoon: 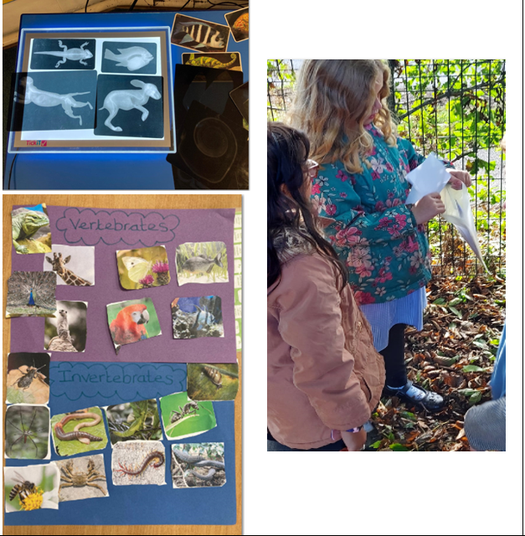 Year 3 spent the week completing activities to support with their English work. First, we went on a shape hunt and found the nine different shapes we needed to complete our non-fiction maps. After this we had two experience days which we spent looking at x-rays of animal skeletons on the light box and discussing which animals they were and the type of skeleton they had. We  then sorted pictures of animals into those that are vertebrates and those that are invertebrates. 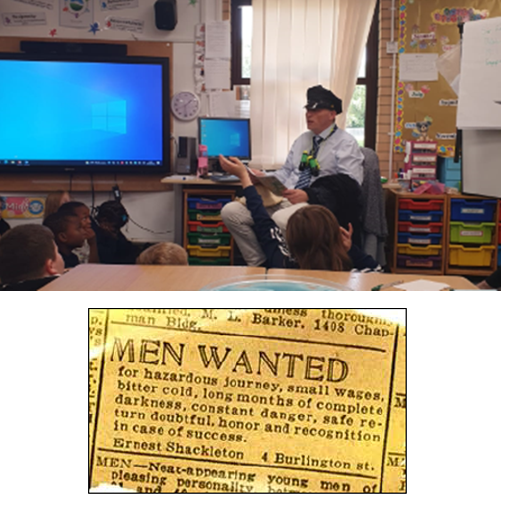 During History a special visitor came into our classroom, the children asked him questions to work out who he was.

What is your name?

Have you ever been to the Antarctic?

Have you climbed a mountain?

What did you eat in the Antarctic?

How long did it take you to cross the Antarctic?

The children also looked at items placed on the table; a bowl of ice, snowflakes, blue cloth and an advert for a job and discussed what they thought it may link to. Finally the children went outside and in pairs used chalk to create the shape of Antarctica. 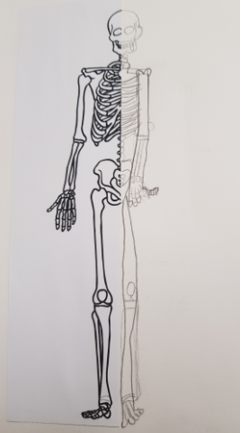 During Science we have been learning about Skeletons and the names of the bones in our bodies. Children have then used this knowledge during art lesson to draw the bones in the human skeleton!